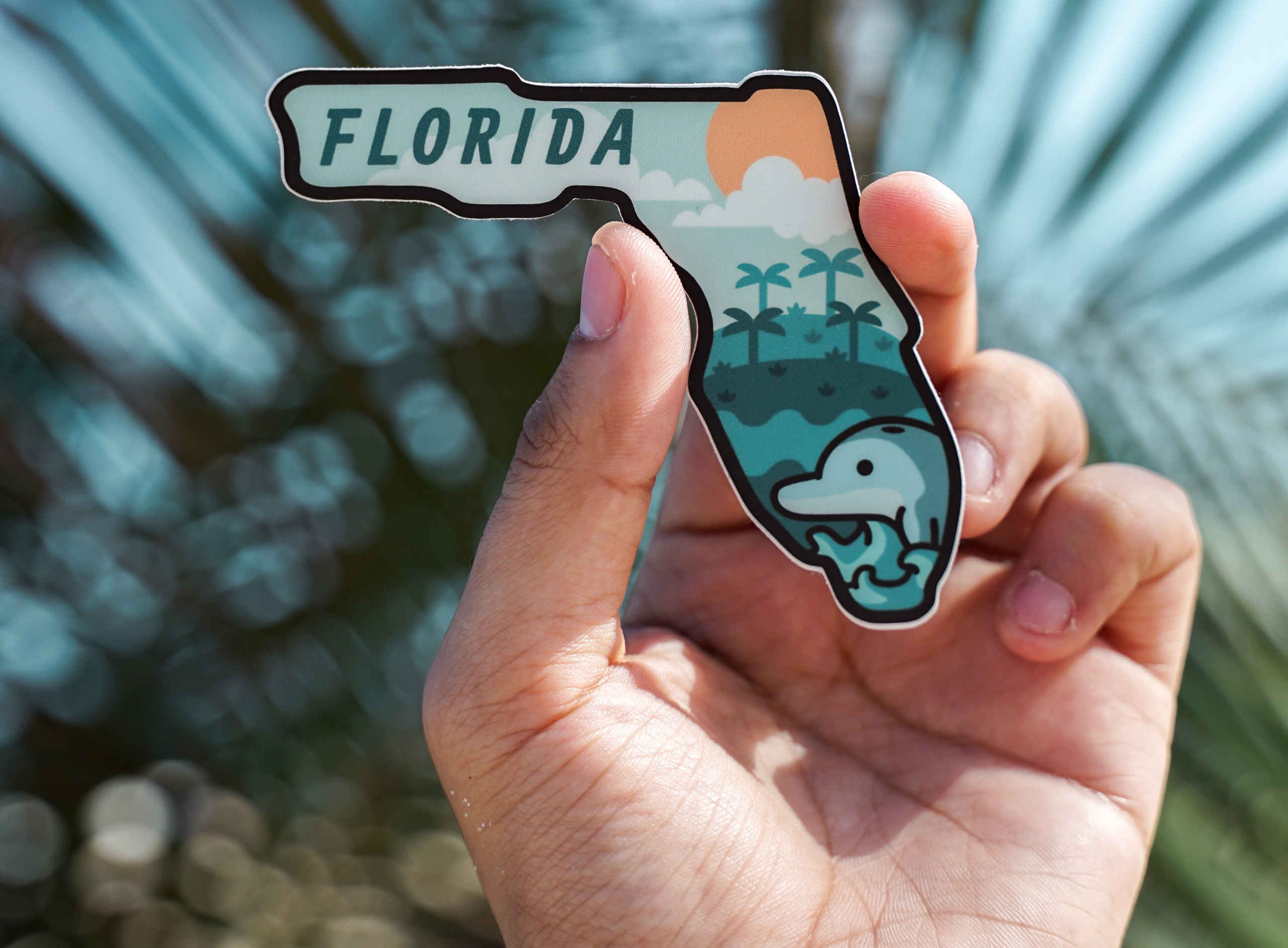 Florida has been not only a great destination for vacations but also a real estate hotspot in recent years. It has consistently been listed as one of the fastest-growing states in the United States and specifically the east coast. This includes both population growth within the state and migration to Florida.

While the population in the United States grew by only 0.1% in 2021, Florida grew by 1% according to the US Census Bureau.

It is pretty easy to see why when one looks into Florida. Not only does it offer great weather, beaches, relatively low taxation, but also many different employment opportunities.

Please note that this list tracks population growth in Florida. While traditional knowledge dictates that population growth should lead to an increase in real estate pricing, it is not always the case. Although land is a limited resource, there are other factors that influence pricing.

Many major companies have relocated to the sunshine state during the Covid-19 pandemic. This includes major financial firms, such as Citadel, Goldman Sachs, and MRA Capital Partners.

Plenty of tech and pharmaceutical companies are also following this trend and are moving their headquarters to Florida. Major drug manufacturer Pfizer has recently opened a major operations hub in Tampa.

Even though Florida as a whole has grown exponentially in the past few years, some regions have grown faster than others. Let’s look into the hottest growing municipalities and neighborhoods in Florida in 2022.

Not to be confused with the similarly named Palm Springs, California, there is also a Palm Springs on the east coast. Located just slightly southwest of West Palm Beach and north of Boca Raton, Palm Springs is a fast-growing village in the Miami metropolitan area. Its population has grown by over 130% in the past 20 years according to the 2020 census. Average housing prices have increased by 25% in the past year making the average home value $246,000 in 2021.

Palm Springs is considered affordable, quiet, and suburban but very close to major entertainment hubs. There are several zoos, golf clubs, and shopping centers in the area as well. One of the best features is that gorgeous beaches are just minutes away.

While Palm Springs has been growing fast, it is not designated as a city, therefor it only receives an honorable mention.

Located just a few miles west of Downtown Orlando, Ocoee is a suburban city that is growing fast. The city has a population just short of 50,000 residents and has grown by 94% since the 2000s. The population is much younger and more family orientated than other parts of Florida, with children being the largest demographic.

Being located right next to Orlando means that it comes with all of its perks. A vibrant downtown district is just a short drive away which includes shopping, restaurants, and cafes. Orlando’s well-known theme parks are not far off and one of Florida’s largest lakes, Lake Apopka is part of the municipality.

Roughly half an hour southwest from downtown Miami by car, Homestead is one of the most southern cities in mainland Florida. As such it offers some of the warmest weather Florida has to offer. It also has the notable Coral Castle which is sometimes referred to as Florida’s Stonehenge located within its city limits. The tropical Florida Keys are also a short distance away from Homestead.

Based on Florida’s east coast in St. Lucie County, lies the city of Port St. Lucie. It’s geographically located pretty much halfway between the larger cities of Orlando and Miami. Port St. Lucie is considered one of the best areas in the United States for golf, with the PGA Village located there. There is also plenty of natural beauty, with Savannas Preserve State Park, St. Lucie Botanical Garden, and St. Lucie Aquatic Preserve nearby.

A quiet suburban city just a few minutes away from Boca Raton and part of the greater Miami area, Parkland has a lot to offer. It is primarily known for its lack of traffic lights and stores. Its unique zoning laws were made by design to keep the park-like atmosphere of the city. As its name suggests there are several popular parks in the city, and its close to entertainment centers.

The population in Parkland is considered high-earning with the majority of the population earning above 200K yearly. As such, the wide majority of the population are homeowners with a small selection of rental properties. Home value in Parkland is the highest on this list with $864,000 on average. The age demographics makeup of Parkland shows a relatively younger population in comparison to other parts of Florida. The growth of population since 2000 has been 137% and there are a total of 34,000 residents today. Parkland may suit real estate investors looking for a high-end luxury property for rental purposes.

In the heart of Florida, on the southern banks of East Lake Tohopekaliga lies the city of St. Cloud. The city is located a short drive from Orlando and less than 20 minutes from Kissimmee. It is a great spot for freshwater fishers with a few great spots for catching bass. For those looking for excitement, downtown Orlando is around the corner.

St. Cloud is growing at a fast pace of 0.69% per year and has grown by 148% in the past 20 years. The majority of the population is young, with a median age of 35 years old, meaning there are a lot of young couples and children. Wealth-wise, most of the population is middle class and most households earn 55k per year. Rental properties bring in an average of $1119 per month and the average home value is $338,000 in St. Cloud.

An hour south of Jacksonville and a half an hour north of Daytona Beach lies the city of Palm Coast, Florida. As its name suggests, It is close to gorgeous beaches, parks, and golf clubs. Palm Coast is recommended on several lists as one of the best cities in the United States to live or retire in.

Palm Coast has had a 170% population increase since the 2000 census bringing its total population up to 94,000 today. The majority of the population tends to be retirees with the biggest age group being 65+. According to Zillow’s estimate, a home in Palm Coast is valued at $333,000 on average.

Just 14 miles west of Downtown Orlando, Winter Garden is one of the fastest-growing cities in Orange County. Winter Garden is located in the heart of Florida, right next to Orlando and not too far off from other major cities located on the coasts. Additionally, it is just a short drive from major theme parks such as Disney World and Universal Studios.

The only city on this list on the western side of Florida’s peninsula, North Port sits on the Gulf of Mexico’s Charlotte Harbor. It is located roughly an hour and a half south of Tampa and an hour north of Fort Myers. North Port is known for its Warm Mineral Springs park and other nature reserves.

The age demographics of North Port are slightly above other cities in Florida with an average age of 46. It is home to a pretty large senior citizen population. The population seems to be solidly middle class, with the average household bringing in $80,000 per year. North Port is growing at a very fast rate of 3% per year and has a total population of 75,000 residents. The city has grown by 204% since the year 2000. The rate of homeownership is high with over 77% leaving a very small selection of properties for rent. Seeing that the average property goes for $323,000 rent costs seems to be a bit high, with an average of $1,230 per month. With a limited number of rental properties and high monthly returns, North Port can be an interesting option for real estate investors.

One of the 34 municipalities located in Miami-Dade County, Doral is the fastest growing of the bunch. It is located just 1 mile from Miami International Airport and 13 miles from downtown Miami and its vibrant nightlife. The majority of the population tends to work in Miami or the airport nearby. Another key benefit is that it is very close to Downtown Miami, with beaches, shopping centers, and cafes nearby.

Doral’s population has been growing annually at a rate of 7% per year. Since 2000, the population has grown by roughly 200% on average. The majority of the population are married and 38% of them have children, making Dural a young vibrant community. The average property value is $423,119 which is high for the Sunshine State, while the average rent is $1990 per month.

Another suburban city in the greater Orlando region, Clermont neighbors the city of Winter Garden and Ocoee. It is just a few minutes west of them by car. Clermont is a small city with a lot to offer. Some of its attractions include its historic downtown area, with plenty of shops and places to eat, and the Florida Citrus Tower which offers a panoramic view of the city. Like with Winter Garden and Ocoee, Orlando and all of its attractions are also close by.

Clermont’s growth has been enormous, with an average growth of 4.72% per year. Since the beginning of the millennium, the population has grown by 270% and reached 42,482 residents. The average household income is $77,000 making the city very middle class. The average age in the city is 45 years old, which suggests a large senior citizen population. 71% of the population in Clermont are homeowners with an average home valued at $370,000. This may help explain the average rental costs of $1400 per month.

Interested in financing or refinancing an investment property in Florida? We can help!

We at USA-Mortgages provide specialized mortgage programs for international real estate investors interested in purchasing an investment property in the US. Additionally, we offer refinancing options to those who already own a property.

We offer an easy, streamlined solution for non-US residents interested in financing or refinancing properties at attractive rates. Our consultants will find the best home loan or refinancing option available and assist you in filling out your application. Make the first step in owning or refinancing a property in the USA. Contact us for more!